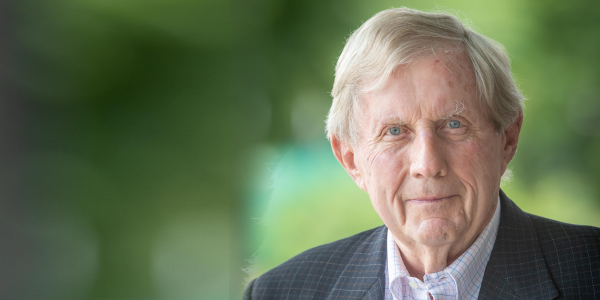 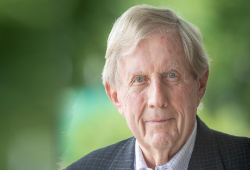 Bob's father was one of a long line of Bow Valley blacksmiths, rich in faith and family but perhaps not so much in worldly possessions.

Yet, whatever he and his wife had, they shared.

Generosity, it turns out, is a multigenerational trait in the Kathol family. In honor of his parents, Bob has established two endowed funds with the Catholic Futures Foundation of Northeast Nebraska (or CFF): theLeo and Clara Kathol Development Endowment Fund and the Leo and Clara Kathol Memorial Scholarship Fund. The former assists the Cedar County Catholic Schools and Parishes Development Office, providing for development efforts and fund-raising services to benefit the county's schools and churches. The latter ensures annual tuition scholarships to Holy Trinity Elementary students in Hartington, Nebraska.

"I'm not trying to save the world," Bob explains. "I'm trying to create a methodology to fund Catholic education by creating a fund, the earnings of which pay scholarships." 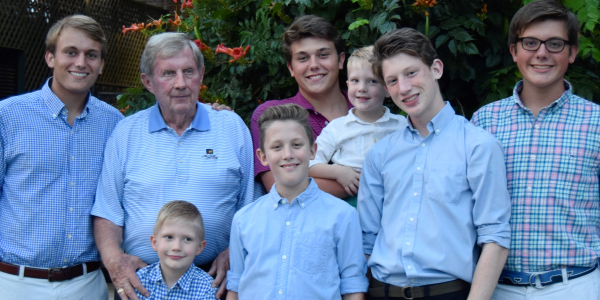 Kathol, who is now retired from a long career as a financial advisor (most recently DA Davidson), believes scholarships at the elementary level carry a high return on investment. It's a ripple effect. By helping parents provide their children with a Catholic grade school education, his scholarships are effectively bolstering enrollment in Catholic high schools - particularly his alma mater, Cedar Catholic High School - because Catholic grade schools are the biggest feeders for Catholic high schools.

"Parents are going to need help in paying the tuition bill. This is one way the older generation with the means can assist the younger generation, especially if it's an annual gift and not a one-time deal," says Bob, adding with a laugh, "Remember, I am an investment guy."

"Mr. Kathol was insightful to realize the need for an endowed gift to elementary tuition scholarships," Potts says. "His parents sent their large family to Holy Trinity Elementary and Cedar Catholic High School."

Bob knows firsthand what it is like to struggle to cover tuition costs. He was awarded the Brandeis scholarship to attend Creighton University after Sister Thomasine, a Benedictine nun at Holy Trinity, singled him out and told him, "Bob, you're going to college." This scholarship, coupled with an intense work ethic that saw him working 40 hours a week on top of taking classes, were the only reasons he was able to graduate with his finance degree in 1962.

"To dad, an education is paramount to success," says Bob's daughter, Susan Kathol Gnann. And to honor the encouragement of Sr. Thomasine, she says her father "quietly and patiently…began endowing scholarships at high schools and colleges in and around Hartington and Omaha."

"Removing barriers for women is particularly important to him, so he has focused on helping young women in high school and college access quality education," continues Susan.

Namely, he established scholarships for students at Omaha Mercy, Duchesne Academy, and Marian High School to attend Creighton University, particularly its Heider College of Business as a way of inspiring more women to enter business professions.

In honor of his second late wife, Bette, whom he married after his first wife, Kay, passed away, Bob created a scholarship at her Catholic high school in South Dakota for students to attend Mount Marty College.

"Dad has never been one for the limelight, and so he stays in the background funding these scholarships to a level where they can sustainably deliver enough funds to move the needle for students who desire an education," says Susan.

Joani says Bob's fund makes "a big difference in a tight budget." This is especially true considering that rural communities have fewer annual Development Committee memberships, which are the primary funding source of the Catholic Development Office. "To our knowledge, this Catholic Development Blue Ribbon Committee and Development Program is one of the few original programs successfully operating as such. It is because of people like Bob Kathol, who plan for the future while providing for the present."

What is Bob's advice to someone considering a sustainable way to give: "Set up your own fund or find an established fund through the Archdiocese' Catholic Futures Foundation. Give a big chunk or a small increment annually. Building a fund or contributing to an existing fund rather than making a one-time gift is a better investment for the Church in the long run."

And, giving through an IRA distribution carries an added benefit of being tax-free, he adds.

"Bob knows giving back is what our Catholic future depends upon. This is his way of perpetuating the faith and providing for his hometown community," Joani says. "Bob is a strong believer in endowment funds to provide an asset for the future while generating income for present needs."

To learn how you can make a similar impact, contact Tony LaMar at 402.557.5544 or ajlamar@archomaha.org.